About the latest adventure of Pol Tarrés and his tribe: An ultimate Yamaha Ténéré 700 test that turned a mountain rookie into a world record holder.

Rellinars, 19.05.2022 Restlessly dreaming of riding vertically till the end of the world, Pol Tarrés, an official Yamaha rider from Spain, had no choice but take action. In a record time of as little as three months, a prophetic dream grew into a creative project of the Trece Racing Society and The Who production company. To find a few weeks in Pol’s racing calendar, was already an achievement on its own right. To leave home having zero experience with mountains, or high altitude, is a whole another story. Plus, the engineer who dealt with the bike mapping for roaring in thin air, said No way. The team was obviously in great need for some luck, and as fortune favours the brave, they got plenty of it.Faithful to his obsession for the roads less travelled, Pol turned his eyes toward the Mercedario mountain. Two-wheeled hunters usually hit the more accessible volcano Ojo del Salado. “The main purpose of our expedition was to test the bike and the rider in the toughest conditions possible, going Alpine style all the way. On 12th of March I took off from the base camp 3000m high, did 10km and slept at the intermediate camp at 4500. On the 14th, I touched the highest point ever reached on a twin-cylinder bike, 6157,5 meters. When I finally got a radio connection, I told my team that I won’t be able to continue. I could tell they stopped breathing. They’d never heard me saying I can’t. The rocky monster literally ate my tire and that was it,” laughs Pol. “But for the rest, after many gnarly sections I broke through till that point, I knew I could make it to the top. Top or not, we did something gigantic!”“It was kind of a laboratory test in vivo,” adds Javi Echevarría, man behind the lens and Trece team manager. “We had no clue about the mountain and its unpredictability. Even filming was super tricky, but the little material we managed to get – pure magic! The company Inka Expeditions made a contingency plan in case something went south – various assistance teams were put on the trail – and shared their wisdom with us, mountain rookies. We are immensely grateful to Pablo Tetilla, chief of Inka Expeditions, and his team, Pol’s guide Bauty and Roxana, our doctor. We did it without a helicopter on call and without previous tests in some fancy hyperbaric chamber, but we’d never make it without them.”One of the biggest unknowns was how Pol’s body would react to the high altitudes combined with extremely demanding physical conditions. “Sure, I got tired from the lack of oxygen and while pushing the bike in the wall. I burned 20000 calories each day. After 5000m the temperatures dropped as low as 20 minus. I was sweating but freezing. But then breathtaking views revealed themselves which I can’t describe. I’ve never felt so small in my whole life. Out there you are nothing. Being very mindful about every move, I forgot about the cold, thirst and the pressure of not making a mistake. But truth is, the bike suffered much more than we did. With all my riding and mechanical knowledge, I would never imagine a bike could resist so much! Of course, we changed the configuration of injection mapping – from the standard 5500 to 8000m, but for the rest, we just left the bike as it was. The engineers who were involved in the project were at odds at each other. Sure, how can you predict something that was never done before?” You can’t, so let’s just resume… The bike torture-test showed that Yamaha Ténéné 700 is ready for 7000. Pol showed once again that he was born ready – his free-ride to Cerro Mercedario, one of the highest mountains of the Andes, made its way to the Guinness World Records book and made him yearn for MORE. And Javi got the proof that the story is not a science fiction but on old good documentary material.This is what happens when Trece racing society tackles an adventure with no experience. What could happen now that they got some? Let’s wait and see – the team will be back in the mountains still before Christmas, riding and filming their best. The adventure continues. Always Words by Tina Torelli for Trece Racing Society 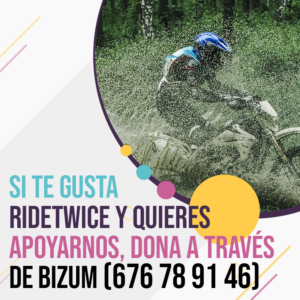